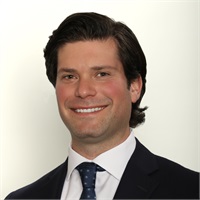 Andrew graduated from the University of Texas with a degree in Government and Business Foundations. He joined Penn Mutual in 2008 and quickly excelled by earning the Penn Mutual Leaders’ Club and the Penn Mutual President’s Club awards and was also named the Ayres Financial Group, New Advisor of the Year.

Andrew was born and raised in Dallas, TX.  In his free time, he enjoys spending time with his wife Lucy, playing golf, bicycling, and traveling.