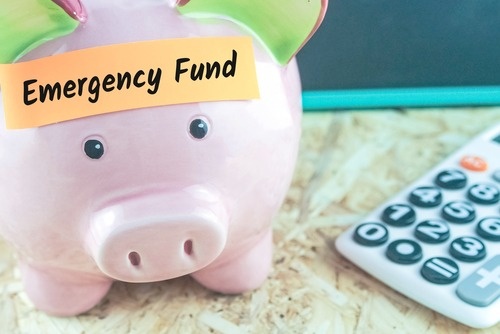 The 3-6 months rule is a broad rule of thumb commonly used as the starting point for determining a cash reserve goal. The first question that typically arises is, three to six months of what? Some advisors use monthly pretax income as a base figure, others use post-tax income, and still others use ordinary monthly expenses. Using monthly expenses addresses one of the major reasons for having a cash reserve--replacing suddenly lost income. Therefore, the use of ordinary monthly expenses is strongly recommended.

Why using expenses instead of income is more logical

Using income (whether pretax or post-tax) to develop a cash reserve goal fails to consider differences in living standards relative to income. Many people live beyond their means, caught in the well-known financial trap of keeping up with the Joneses. In contrast, there are those who live within their means, either by nature or as a way of reaching a particular financial goal.

Hal earns a solid income through both his teaching and the royalties he receives from writing. Yet, he chooses to live in an isolated one-room cabin with nothing more than the bare essentials. Using his income as a base to determine his cash reserve goal would result in a goal that exceeds his now very limited needs. The first step then in calculating a cash reserve objective is determining the average amount of ordinary, monthly expenses. Do this easily by identifying and adding all routine expenses incurred during the last six months and dividing by six.

If you or a family member splurged by making a major purchase or otherwise incurred an extraordinary expense during the months used to calculate expenses, be sure to exclude it from your calculations. If you bought a fancy lawn mower, had the driveway repaved, or treated your folks to an expensive anniversary dinner, such discretionary spending should be excluded as nonroutine expenses. However, you might want to consider including the amount you typically spend on holiday gifts or summer vacations, even if these expenses do not occur during the months you are reviewing.

How many months of expenses should be used?

Once your average monthly living expenses are known, it's time to decide by how many months to multiply it in order to arrive at your cash reserve objective. Base this on the previous evaluation of goal-setting factors discussed in What Factors Should Be Considered When Determining a Cash Reserve Goal.

If the factors for your specific situation suggest that a smaller cash reserve would be adequate, then multiply your average monthly expenses by three or four months. Three is the generally accepted minimum. In rare cases, planners have found only two months to be sufficient.

Hal's family is extremely wealthy. His relationship with other family members has long been such that he can rely on them to come to his aid in a time of financial need. Consequently, Hal probably does not need to hold any more than the equivalent of two months of ordinary expenses in cash reserve.

When your financial situation suggests maintaining a larger cash reserve, use five or six months as the multiplier. Again, unusual circumstances can call for a still larger cash reserve, with up to 12 months of expenses being used as the objective. The presence of an individual with a high risk of serious, uninsurable health problems might suggest such a conservative goal.

While setting funds aside in a readily available cash reserve is sound financial planning, remember that those moneys are unavailable for more productive investing. Therefore, a cash reserve should be adequate in size but not unduly large.