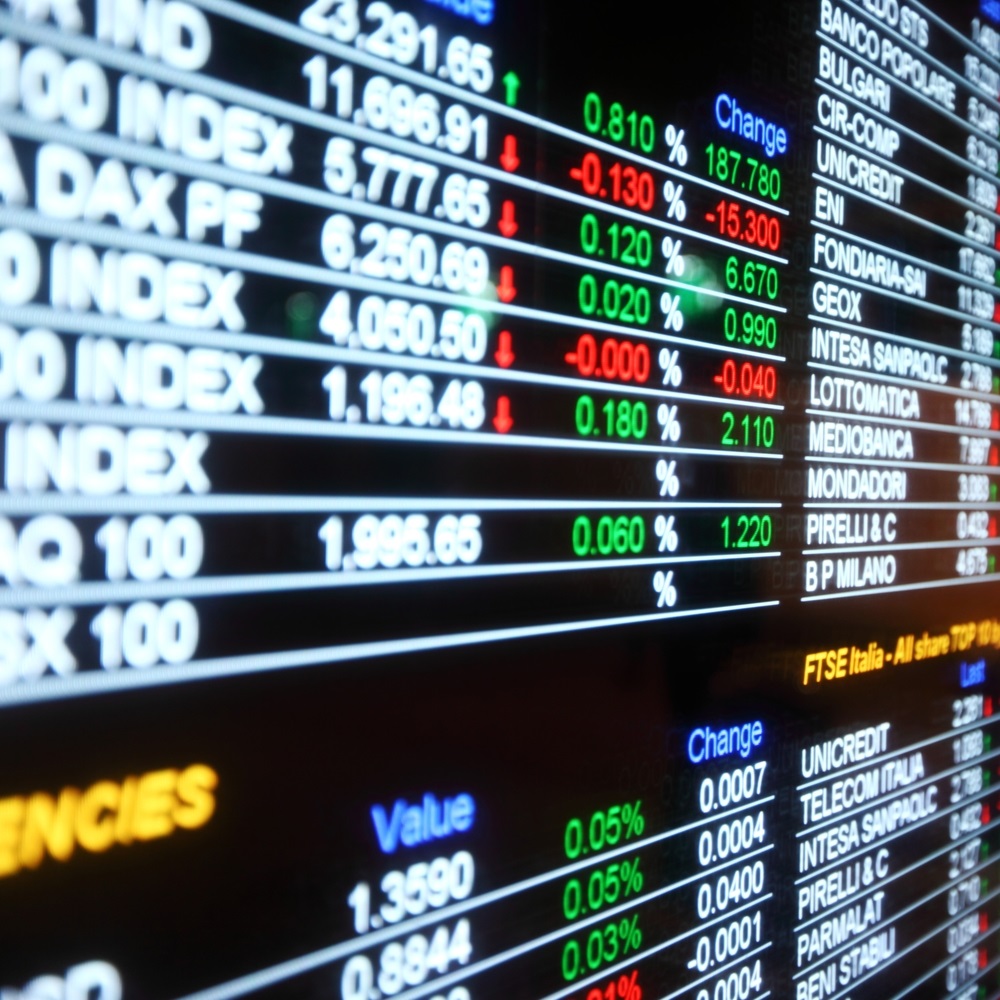 In the past, American investors have focused largely on U.S. markets. However, that is rapidly changing. Although U.S. equities still represent the single largest segment of the global stock market, more than half of the world's total stock market capitalization lies outside the United States, and economic growth rates outside the United States have in some cases exceeded that of the United States. As a result, investors have increasingly begun to explore diversifying their holdings beyond U.S. borders. In the past, experts often recommended allocating no more than 10-20 percent of an investor's overall portfolio to international funds. However, with the growth of global markets, many experts now suggest an even higher percentage can be appropriate given the right circumstances.

Because economies in different parts of the world may move in different cycles, international diversification may help moderate the overall volatility of an investor's portfolio. However, on their own, overseas investments also can be more volatile than domestic investments because they are subject to special risks not associated with U.S.-only investments.

Mutual funds can be a particularly useful way to participate in overseas investments, for several reasons:

It's important to remember that globalization has brought a greater correlation between the performance of U.S. and overseas markets than there used to be. That in turn has reduced to some extent the diversification benefits of investing overseas.

There also are tradeoffs to be considered that are unique to investing overseas:

Check on whether any domestic funds you already hold also include overseas holdings, and if so, what percentage of the overall portfolio they represent. Some mutual funds classified as domestic funds may have a surprisingly large percentage in overseas companies, particularly if a fund's name doesn't limit it geographically.

Remember that many large multinational U.S. companies now earn a large percentage of their revenues overseas. A mutual fund that invests in those companies can be another way to benefits from overseas growth.

You can invest internationally with either actively managed mutual funds, in which a manager selects specific countries and securities in which to invest, or by using an index fund that tracks one of the many indexes covering either a broad selection of countries or a more narrowly focused group.

Overseas funds come in many flavors, and terminology varies among investment firms. One company's international fund may be another's global or world fund. Be sure to obtain and read a fund's prospectus and carefully consider its investment objectives, risks, fees, and expenses before investing. And don't forget that just because it invests overseas does not mean that a foreign stock or bond fund is exempt from the same risks involved with any stock or bond mutual fund. All investing involves risk, including the potential loss of principal, and there can be no guarantee that any investing strategy will be successful.

Currency fluctuations: To hedge or not to hedge?

U.S. investors may not get the same rate of return on a foreign investment as locals do. That's because exchange rates between the currencies of various countries are constantly changing. If a fund has holdings that are denominated in a foreign currency, those changes can affect the value of a portfolio when the position is translated into U.S. dollars. The value of those holdings may increase if that currency strengthens against the dollar; conversely, when the dollar rises, securities denominated in other currencies may lose value (at least for U.S. investors).

One factor to consider in your decision-making is whether a fund hedges its currency exposure. Some funds that invest overseas use forward contracts, currency futures, and other derivatives to try to limit the impact of those currency fluctuations on the value of their holdings. Others do not, hoping that any weakness in the dollar will increase the value of the fund's assets for U.S. investors. Still others may hedge only part of their currency exposure.

Whether you prefer an unhedged fund to try to benefit from possible currency fluctuations or one that uses hedges to manage the risk they involve, bear in mind that hedging currency exposure will increase a fund's expenses and therefore reduce its total return. And don't forget that currency movements are notoriously hard to predict; some of the best investors in the world have seen their expectations go awry.

In addition to the general tax issues that apply to most mutual funds, overseas funds are subject to foreign income tax. Since these funds invest in foreign companies, they pay income tax to the countries in which those companies are based. Those taxes are generally passed along to shareholders, and your fund must notify you of your proportionate share of them. Don't worry that you'll find yourself writing individual checks to the revenue departments of foreign governments; foreign tax is deducted from the fund's assets and reported on the fund's yearly Form DIV-1099. This foreign tax is in addition to any U.S. taxes you might owe on dividends and/or capital gains distributed by the fund. However, you may be able to claim a deduction or a foreign tax credit on your federal income tax return for foreign tax paid. Consult a tax advisor for details.

An international fund (also known as a foreign fund) seeks investment opportunities--either stocks or bonds, depending on the type of fund--primarily outside the United States. Some of these opportunities arise because many solid top-performing companies are located in overseas countries such as Germany or Japan. Other opportunities arise because the economies of many countries or regions are poised for rapid growth. In either case, a diversified international fund can help manage country-specific risks.

These funds invest in securities whose issuers are located throughout the world, including the United States. As a category, they are generally viewed as the most stable of the overseas funds because they have the most diversified menu of countries from which to choose. Also, they tend to invest in large, well-established companies, though some also may have a portion of their assets in emerging markets.

Global funds take advantage of the increasing global interdependence of the business world. Many U.S. companies receive a large proportion of their revenues overseas, and the United States typically represents the largest single market for foreign companies. A global fund is designed to make the most of whatever markets around the world hold the most promise at any given time. The percentage of fund assets invested in U.S. stocks at any given time could vary widely, depending on how favorably U.S. companies compare with foreign companies. Typically, global funds invest the majority of their assets in foreign stocks.

One of the greatest strengths of a global fund is its potential reach. Because it invests all over the world, a global fund manager has greater flexibility; if one market or region is underperforming or is expected to underperform, a manager can shift assets to other parts of the world. (A global index fund has less short-term flexibility, since its securities selection will change only when the index does.)

Rather than investing across many different companies around the world, some funds specialize in one country or geographic region. For example, certain countries may have natural resources that can benefit from a commodities boom in oil or iron ore. Others may be attractive because of their large populations and rapid economic development. Still others might offer a relatively strong currency or stable political structure.

A single-country fund invests primarily in the equities of companies of a specific country. In some cases, however, country funds also invest in securities of companies outside the single country if those securities are expected to benefit from growth in the target country. A regional fund focuses on a particular part of the world, such as Europe or the Pacific Rim, buying the stock of companies that are headquartered in the region or that derive most of their business there.

Despite the important differences between them, country funds and regional funds share certain characteristics. For example, both limit their holdings to a narrower field than other global and foreign funds. In addition, most single-country or regional funds invest in equities rather than bonds, and normally pursue the investment objective of above-average capital appreciation (rising share price). Depending on where it invests, a single-country or regional fund also might be considered an emerging markets fund (see below).

A fund that invests in a single country or region can help an investor make a narrowly focused investment without taking on the risk of buying an individual foreign stock. For example, a fund focused on a country whose economy is thriving because of its abundant natural resources might be used to try to capitalize on a commodities boom. Single-country funds also allow an investor who is familiar with a particular country or area to take advantage of that knowledge.

These funds invest in countries or regions that have less fully developed economies, a population with a relatively low per-capita income, and/or a shorter history of participation in modern global markets. For example, despite their size and growing economic clout, China and India are both considered emerging economies because they are still undergoing substantial economic development and reform. Latin America, Eastern Europe, China, India, and the Far East all are considered to be emerging markets.

An emerging markets fund may focus on a broad representation of emerging markets or a narrow selection. For example, BRIC (Brazil, Russia, India, and China) countries have generated widespread interest among investors because of their growth rates and sizable populations, and some funds invest exclusively in these four countries.

Emerging markets hold great potential for investors who are comfortable with the greater level of risk involved. However, despite their promise, there is still a relative amount of uncertainty--especially in the short term--about whether and when these markets will ultimately realize their potential, and what crises might occur along the way. As a result, emerging markets funds are considered the riskiest of the overseas funds. 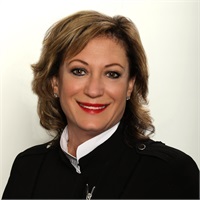